blogs6 top reasons why you should learn python now

Python is one of the most popular and used programming language these days. It is being used by the programmers from a long time and every day a new language is being launched in the market. Many new aspirants are learning Python and still, there are a few who want to know that why they should learn Python? So, in this blog we will discuss why you need to enroll in Python Online Course to future-proof your career:

Easy to learn and code
One of the most popular reasons to choose Python is that its syntax is pretty easy to learn and code. Apart from being an easy programming language, it is equally robust as well. Hence, programmers can create any machine or desktop-based application in this language. Some of the main characteristics of this language include:
 High-Level Language
 Open Source language that is available for free
 Interpreted language
 Large Developer Community

Robust Web Application Development
An array of Python-based frameworks assists the developers to generate various web applications. The most common Python frameworks that are used by the developers are Django, Flask, Pylons, and others. These frameworks are also written in Python, hence it becomes simple to write the code in python and the written code becomes faster and stable. To learn in detail about Python frameworks, you can join best Online Python Training Course.

Extensibility and Portability
Python is recognized as a portable and extensible language which means that the code generated in Python is compatible with numerous other non-native platforms also. Developers can make cross-language operations in a seamless way and the list of other common non-native platforms includes Windows, Solaris, Linux, and Macintosh etc.

Because of its extensibility characteristic, Java and .Net codes can also be combined with Python. The components of other languages can be used with Python quickly and moreover, it can be used to create a cross-platform suitable application too.

Artificial Intelligence
Artificial intelligence is the technology of the next generation. With the help of artificial intelligence, machine mimics or human brains can be created, so it is thought to be a robust and most popular technology these days. Python libraries like Tensor Flow and Keras can bring functionality to the applications.
Through Python’s built-in libraries, one can accomplish many AI operations and functionalities efficiently. Hence, it becomes easier to achieve AI functionality tasks in Python.

Data Science
For numerous data scientists, Python is a foremost programming language. Many scholars, academicians, and scientists are using MATLAB for several years for writing the codes for their research work. But with the announcement of Python-based engines like PANDAS and NUMPY, one can simply write and test the codes. Python can be used to write and deal with various types of tabular matrices, analytical data, and other types of statistical data too.

Graphics Projects
Python is used for small or larger graphical projects also. It is an excellent option for creating GUI apps with the aid of third-party tools and libraries. Moreover, it is suitable for game development where you can write the logic for a module to run on Android devices.

Conclusion:
Lastly, it can be said that Python is the most used and robust programming language that can help the programmers in writing numerous lines of code within a short time without putting extra efforts and investments. Moreover, the Python code is extremely readable and can be followed by developers when required.

Best Cybersecurity Certifications To Boost Your It Career

Why Mean Stack Is Growing Rapidly In Web Programming? 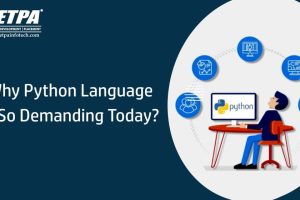 Why Python Language is So Demanding Today? 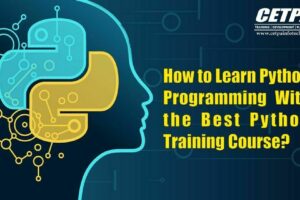 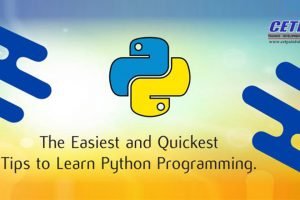